A BIT ABOUT BOARD MEMBER 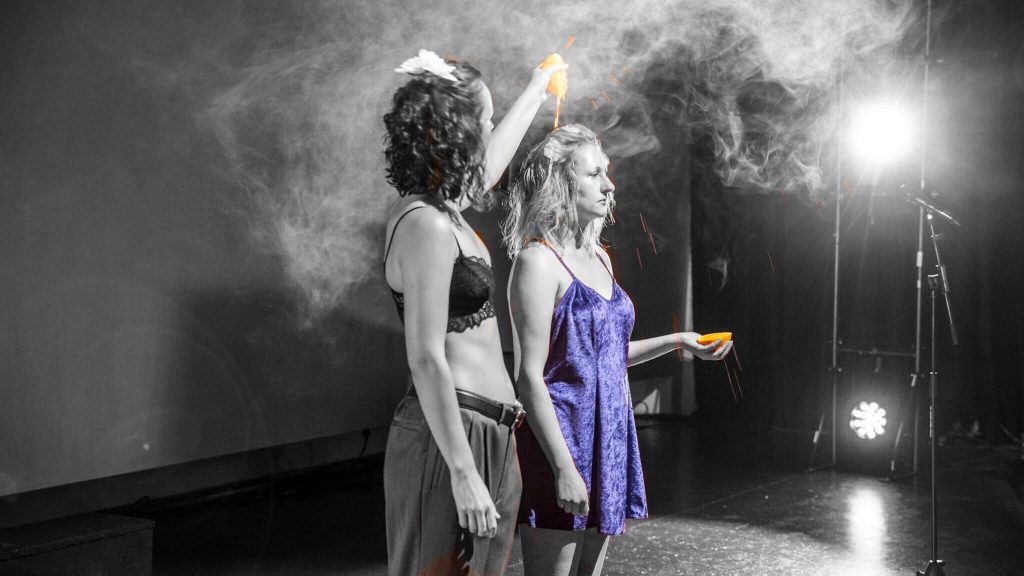 I graduated in Theatre at York St John’s University in 2015 and since graduating, I have gained considerable experience of working with children and young people through the arts as a freelance theatre facilitator. I have collaborated with a number of theatre companies, schools, health research institutes, charity organisations and freelance artists.

I am also a recognised performance artist and I have performed both nationally and internationally.  I have performed at the Camden’s People Theatre, London, the Imperial War Museum North and Teatro Ibérico in Lisbon.

Currently I am working as the Education and Outreach Officer for Kala Sangam, an intercultural arts hub based in Bradford. Based in Saddleworth, Oldham I have been involved with Peshkar since 2016 I managed to achieve my Gold Arts Award through Peshkar and I was one of the artists involved with the Under 25 project. As well, I delivered a number of sessions as part of the Careers Pathways at Waterhead Academy.  I am passionate about the work Peshkar provides for children and young people and I am excited to be a part of the board.

A BIT ABOUT BOARD MEMBER

I’ve been one of these Peshkar lot for a few years now and I owe a heck of a lot of that time as well as a lot of my future, I imagine, to Peshkar. The least I could do is go and shout Peshkar’s name as I go on holiday to North-West India. On here, I’ll keep you updated on all the kinds of things I get up to in India and for Arts Award stuff, too.

The past three years of my life have been more fulfilling and completely different to my entire life before it – it’s now time to change again. In September 2011, my Arts Award Advisor, Claire Platt, got an email from a man from Arts Award; from fancy Arts Award ‘corporate’ called Emrys and the North West arts Bridge organisation, Curious Minds. Curious Minds told Claire that there is a project Arts Award are running called the Arts Award Participation Project and that they’re looking for a young person to represent each region and does Claire know anyone who’s suitable?

Eventually Claire gave me a ring and told me about the whole thing and I obviously jumped at the chance – mostly for getting the title of representing the North West and also getting all-expenses paid trips to Birmingham and London. Claire told Curious Minds, Curious Minds told Emrys and I filled out a form!

I travelled – for the first time – by train to Birmingham and the Cottage Factory and shook hands with Emrys and met Diana and Tom, too, as well as people representing every other region of England. At this point I was a lowly Sixth Form student looking for something – anything – to enrich my personal statement and this is what did it.

In year one we went through a change of title – from the Arts Award Participation Project to the Arts Award Youth Network Leader team aka YNLs. The pilot was accepted and we were given funding for a few more years’ work and increased responsibility.

I lead two ‘consultation events’ at Peshkar upon what I’d learnt from Arts Award which saw me speaking to young people taking their Arts Awards and reporting back to Arts Award what was good, and what needed to be addressed. It was a really good way to bang out the kinks.

During this time we were consulted, as YNLs, about new roles which could be established for Arts Award and the change of the Arts Award logo. I was asked in this year to speak in front of 250 Arts Award delegates at the Arts Award National Advisor Conference at The Lowry. I was very, VERY scared but pulled it off and met some dead important people.

The biggest thing that we lead on, though, was starting Arts Award Voice. The whole team was asked who from us would be interested in a job writing part-time for an online arts magazine. Tom, Jess, and I put up our hands and met for our first editorial brief at the Arts Council England North HQ. We were given our contracts and I started my first paid job in July 2012.

Then in August, I got my A-Levels and in October, moved to York and switched from the YNL for North West to the YNL for Yorkshire. After joining Voice everything skyrocketed – since then, I’ve been allowed to go review various events, interviews artists, speak at more conferences in Yorkshire including the Regional Advisor Conference in Leeds, and curating the social media coverage of the South East Bridge organisation, Artswork’s huge event at the BFI. On the back of this work I was offered freelance work for Arts Award Good Practice Centre photography and am in talks to do more which is exciting.

Most of all, I was asked to join the Board of Trustees for the organisation that started it all, Peshkar Productions which gave me the resources to help grow Peshkar in the way I was asked to grow Arts Award. Getting involved in Arts Award as a YNL gave me huge bragging rights and massive confidence to speak to people in dead professional situations. It’s probably the most unique thing that could’ve come from ‘Oh I just want something to add to my CV…’ I loved my time with Arts Award. Now I move onto work with Arts Award Voice, Peshkar, and wider – the next stage! It’s not a bye by any means.