In March 2018, Peshkar embarked on a new European partnership project, working with partners in Belgium and Macedonia on a project funded through the Erasmus+ programme entitled ‘Alternarration’.

Alternarration approached the sensitive issue of youth radicalisation and violent extremism with the aim of producing resources that will support youth workers across Europe to identify and tackle this issue. The project has a particular focus on the digital landscape and those tools within the online sphere that are being used to attract young people to radical and extreme causes.

Peshkar’s role in the project was to generate ‘Digital Stories’ that will feature alongside the final resource to help illuminate, bring to life and challenge the themes and narratives of the project. We went about this by commissioning three fantastic artists to create new pieces of digital artwork that considered these themes.

Michael-Jon Mizra  (1991) studied Music, Composition and Technology. Mizra’s interest explore virtual and non-virtual existence, and how that boarder dissolves into an entity considered a digital ecology. This is portrayed through works of performance art and installation which take influence from formal art practices, d.i.y cultures and popular formats. Central to Mizra’s process is the act of appropriation and recontextualisation of media materials, and how these materials can create relationships which are at once independent whilst achieving a totality. Apart from working as a composer, Mizra is an arts facilitator and works with youth to encourage growth and empowerment.

Rabhia Saeeda is an artist with a passion is drawing, creating short films and travel photography.

The simple act of art creation, is a survival oriented, counter measure against the boredom of the everyday, where issues of race, disability, religion can be challenging and inspiring simultaneously

Rabhia is also an alumnus of University of Bolton and Camberwell College of Arts and qualified teacher, currently working in the Greater Manchester area as a studio-based Artist/filmmaker.

Melanie Phillips is a theatre-maker, games designer and an artist. She has a background in mathematics and her solo practice is rooted around artworks that manifest and explore economic, social and political systems. Most recently, she worked to produce ‘An Algorithm of Deviance’, a playful text-based artwork about surveillance and digital data, as part of Heather Barnett’s Crowd Control festival at London’s Arebyte Gallery.

Mel is the Co-Artistic Director of Produced Moon, an interactive company based between London and Glasgow who make games, performance, experiences and adventures. You can read more about Produced Moon’s work here: www.producedmoon.co.uk

Our partners on this project were Out of the Box International, based in Brussels, Belguim; and the Centre for Intercultural Dialogue, based in Kumanovo, North Macedonia. Each of us took on responsibility for a different outcome for the project.

The first outcome from the project was a research document compiled by Out of the Box International. This publication details some of the current work being done around Radicalisation in Europe with a focus on online activity. You can read the document here

Our artists worked hard throughout 2018 to generate artwork that responded to the themes of the project. They lead workshops with local young people, conducted a wealth of research and collaborated and shared ideas throughout. They kept track of their process using an Are.na page that can be viewed here  https://www.are.na/lancing-ray/alternarration-research

The Ministry of Disinformation

Rabhia Saeeda created a website, The Ministry of Disinformation, which used graphic art and GIFs to interrogate notions of propaganda and imagery in radicalisation. The site can be viewed here https://the-ministry-of-disinformation.agency

Imprint is a game created by Melanie Frances (Phillips) using free and open source software to address the concept of ‘the dangerous question’. Mel was fascinated by the emotions that the Prevent agenda triggered for many around watching young people and reporting back on behaviour. The game can be played here (we recommend using Google Chrome to access). file:///Volumes/USB2/Peshkar/2018-22/Alternarration/Final%20art%20pieces%20/Imprint%20Final.html

Displacement Native is a sonic art piece created by artist Michael-Jon Mizra. The piece uses a technique called ‘data sonification’ which uses API date from the UNHCR to manipulate the Syrian National Anthem, telling the story of the displacement and movement of people from the Middle East across Europe. This piece can be viewed on M-J’s own website here https://mizra.co.uk/.

The final outcome of the project was a Youth Work resource compiled by the Centre for Intercultural Dialogue in North Macedonia. This document features useful definitions of the key terms used throughout the project as well as a series of practical exercises and activities that can be used within any Youth Work setting. You can read the document here:

The resource was tested out by a group of delegates from North Macedonia, Belgium and the UK in March 2019 which also enabled us to give our Digital Stories artworks their premiere.

The Digital Stories artworks were given their UK premiere at the Young Digitals Festival in March 2019. Steph, the UK project manager also presented the findings from the project to an International audience at the Culture Geek conference at the Barbican, London in March 2019. 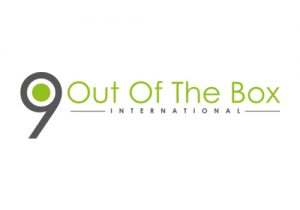